Fighting Democracy’s Enemies: The Mission of Our Citizen-Soldiers

I once wrote a book about the citizen-soldier tradition in the United States. We have a civilian-controlled military in order to protect our free, democratic society from those who would destroy it. That is why I find it so disturbing when any of our military men and women espouse support for white supremacy, misogyny, or Nazism — all of which are profoundly anti-democratic. 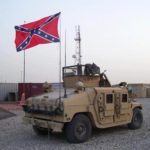 Every person in our military has taken the following oath:

“I, _____, do solemnly swear (or affirm) that I will support and defend the Constitution of the United States against all enemies, foreign and domestic….”

Fortunately, many of our military leaders take that oath seriously. On learning that a racist message was left on the door of an Air Force Academy cadet who is African American, Lt. Gen. Jay B. Siveria responded:

Bravo! Our troops are responsible for defending our democratic republic from all enemies, whether foreign or domestic, external or internal. Racism is an internal enemy that threatens a free, democratic society. So is Nazism. So is sexism. So it homophobia. So is transphobia. So is Islamaphobia.

The Lt. Gen. is correct. People who don’t support the values of our republic and its Constitution should get out of our military. 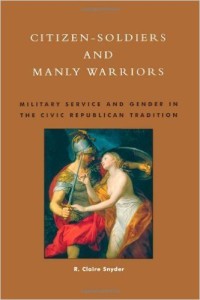