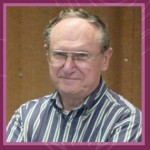 Labor Day weekend will probably always be a bittersweet time for me. I was packed into the Ale House listening to Viki Dee with friends and hundreds of tourists on the Sunday of Labor Day weekend in 2012, when I got the call. My brother and mother were on the way to the emergency room with my father, who had been quickly deteriorating from Alzheimer’s, ever since he broke his hip in April, after falling out of bed. I was very involved in local politics at the time. I had resigned from Mitch Crane’s campaign because my dad was so sick, but Mikki was still heavily involved in Marie Mayor’s campaign, leading the get out the vote effort for her primary.

When my father was diagnosed with double pneumonia, we knew in our guts that things were grim. Mikki drove me to the Philadelphia airport for a flight to Florida. I was so upset that I forgot my driver’s license, which I didn’t realize until we were 20 minutes from the airport. Needless to say, I was hysterical, but luckily, they let me on the plane without it.

When I arrived in Sarasota, I drove straight to the hospital and rushed to his room. Thank God he recognized me, his face brightening as I approached. I asked the nurse if he was contagious, and she said, no, he has aspiration pneumonia because he forgot how to swallow. It was my father’s choice not to have any tubes, so I knew at that point that the end was near. The hospitalist suggested that we call Hospice, and I said OK. With no nutrition or hydration, he would only make it for about 3 days.

My father’s men’s group from the Church was in his room, when transport for Hospice arrived. They sang “Jesus Loves Me,” as they wheeled him out, and my father’s foot was tapping along to the melody. When we arrived at Hospice House, the doctor there recommended a strong Morphine drip, so my dad was essentially unconscious for the remainder of his days.

Mikki was with me emotionally every step of the way, but we decided that she would stay in Delaware to work on Marie’s campaign, since the primary was less than a week away. Pop died on September 9, two days before the primary. We scheduled the funeral for Saturday, so Mikki was able to help Marie beat Lynn Rodgers, before flying down to be with the family. It was a whirlwind of activity and emotion. I am grateful I was able to spend the remainder of September in Florida with my family, before returning to Delaware.

Although my father’s death left a huge hole in our family, I believe that it brought us closer together. It also spurred Mikki and me to start attending All Saints Church, and I ended up returning to Christ after twelve years practicing Judaism.

It’s hard to believe it’s been three years. So much has happened, and I wish I could talk to my father about it all, although I pretty much know what he would say.