I’m just going to say this. The anti-immigrant vitriol that has been unleashed in opposition to the President’s executive order makes me sick. The things I have seen posted on Facebook are mind boggling. We are talking about human beings for God’s sake! I am grateful that I cannot even begin to get into the mindset of people who could be so hateful and so heartless towards other human beings.

Laws that criminalize human nature are wrong, and it is human nature to take care of your family, which is what unauthorized immigrants are trying to do. Any decent person does whatever he has to do to provide for his family. If you lived in an impoverished country, ravaged by drug warlords, with no hope of a better life, and there was another country right over the border that provides jobs and endless opportunities, wouldn’t you do anything you could to get there, so you could get a job and provide for your family? I hope your answer is yes, so let’s not treat undocumented people like they are criminals for doing what any of us would do in their shoes.

The family is the basis of society, and families should not be torn apart. According to a report by American Progress, 16.6 million people are part of families that include an undocumented immigrant, and 9 million of those families include a U.S.-born child. In addition, 4.7 million undocumented adults are parents of minor children, including 3.8 million whose children are US citizens. Finally, 20% or undocumented immigrant adults have a spouse who is a US citizen or lawful permanent resident. Families should not be torn apart by the state, especially by people who claim to care about “family values.”

Since the state can’t immediately deport the more than 11 million people who are living here without authorization, it should focus its efforts on dangerous criminals. Although the Obama administration has already heartlessly deported more people than any other administration – over 1.5 million people during his first term and 400,000 last year – it can’t deport everyone immediately. Consequently, it only makes sense to use “prosecutorial discretion” and start with dangerous criminals, not people just living their lives. The thought that someone could get deported for possessing weed — or worse, having one’s immigration status discovered during a car stop for a broken headlight — makes me physically ill. 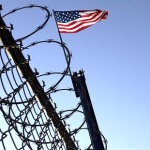 We should never allow state authorities to use minor infractions to exercise arbitrary power or make a profit. Using minor offenses as an excuse to harass particular groups of people (whether African Americans in Ferguson Missouri or people who look like they might be undocumented as in Arizona) is unacceptable. Even worse is the use of minor infractions to raise money through court costs, the seizure of cash assets, or to fill for-profit detention centers that hold “illegals.” Arbitrary power is the opposite of liberty, and a free society cannot allow it.

We don’t need to freak out about border security because unauthorized border crossings are already down by half – the lowest number since the 1970s. Of course, nobody knows that, partly because of the deliberate misinformation being disseminated by FOX and others, but also because the Obama administration is inexplicably inept at publicizing its accomplishments.

Finally, it astounds me that over 78% of Americans claim to be Christian, yet a majority believe “illegal” immigrants should be deported. I hope that most of the people who favor deportation are just ignorant of the human tragedy they are invoking. Otherwise, how can they square that position with the teachings of Jesus, who calls on us to care for the downtrodden and welcome the stranger? Can you really recognize the face of God in other human beings and still spew hateful vitriol at them and seek to destroy their lives? I don’t get it.

We do need comprehensive immigration reform, but any reform needs to be crafted in a way that respects the dignity of every human being and constrains the possibility of arbitrary power, whether exercised by state authorities, predatory corporations, or freelance haters.