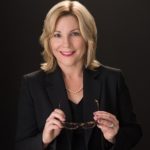 CLAIRE SNYDER-HALL is a political theorist, with a specialization in small D democracy. In addition to writing, she co-edits the academic journal, New Political Science: A Journal of Politics and Culture and works as Executive Director of Common Cause Delaware.

Claire’s research agenda focuses on issues of power and resistance, including authoritarianism, militarism, political culture, gender & sexuality, civic engagement, social movements, and ideologies. Her most recent book, Battling the Prince: A Woman Fights for Democracy (Albany, NY: SUNY Press, 2021), is an auto-ethnographic study that analyzes her grassroots campaign for state senate in 2014, her eight years as a leader in the Democratic Party, her work as a lobbyist for democracy reform in the state legislature, and her experiences with progressive social movements and community-building.

Claire the first part of her career in academia. She served as a tenure-line faculty member at George Mason University for twelve years, where she taught political theory, American political thought, democratic theory, and gender & politics, and also directed a number of academic programs. Prior to that, she was an assistant professor at Illinois State University and has also taught courses at Hunter College, Rutgers University, Princeton University, and New College of Florida.

For the entirety of her career, Claire has worked within the “democracy space.” For almost thirty years, she has participated in the national civic engagement and deliberative democracy community. A longtime associate of The Kettering Foundation, Claire most recently served as a Research Deputy, focusing on ways to strengthen the connection between state-level elected officials and public life. Claire has also served as Campus Coordinator for the American Democracy Project at Mason, Service-Learning Instructor at Rutgers, and Coordinator of the Walt Whitman Center for the Culture and Politics of Democracy, under the direction of the late Dr. Benjamin R. Barber. With her position at Common Cause, she transitions from the realm of theory and research into the advocacy sphere.